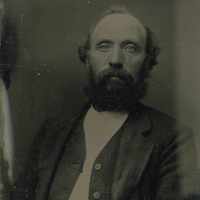 The Life Summary of John Francis

When John Francis Reed was born on 7 November 1833, in Bethnal Green, Middlesex, England, United Kingdom, his father, John Reed, was 32 and his mother, Ann Cole, was 23. He married Frances Isake Farnes on 4 June 1854, in Bethnal Green, Middlesex, England, United Kingdom. They were the parents of at least 5 sons and 7 daughters. He lived in Tradeston, Lanarkshire, Scotland, United Kingdom in 1861 and Logan, Cache, Utah, United States for about 10 years. He died on 3 December 1907, in Seattle, King, Washington, United States, at the age of 74, and was buried in Lake View Cemetery, Seattle, King, Washington, United States.