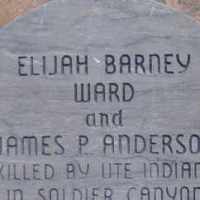 The Life Summary of Elijah Barney

Put your face in a costume from Elijah Barney's homelands.

Over the years, some remarkable historical figures traversed the area associated with today's U.S. Highway 89. None, however, had likely seen as much of the early west, were already settled in the int …