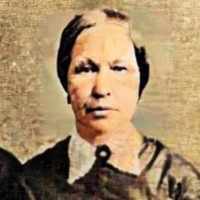 The Life Summary of Rachel Winter

Put your face in a costume from Rachel Winter's homelands.

History of Amasa Lyman (1813–1877) Autobiography to 1844. Raised in New Hampshire mostly by grandfather, uncle. Baptized by Lyman E. Johnson and confirmed by Orson Pratt in April 1832. Works in Pal …