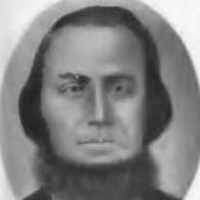 English: variant of Pierce .History: The name Peirce first appears in colonial American records in 1623with William Peirce, an English shipmaster who compiled the firstalmanac in English America.