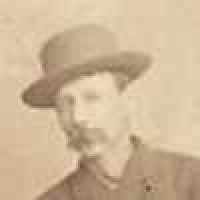 The Life Summary of George Dayer

Put your face in a costume from George Dayer's homelands.

English: occupational name from an unrecorded Middle English sponer, of uncertain meaning. It appears to be a derivative of Middle English spon ‘chip of wood, shingle, spoon’, and could denote either someone who made or fitted wooden roofing shingles or who made and sold spoons as eating implements, typically of wood or horn.