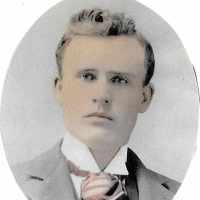 Scottish and northern Irish: reduced and altered form of McShane , an Anglicized form of Gaelic Mac Seáin‘son of Seán’.