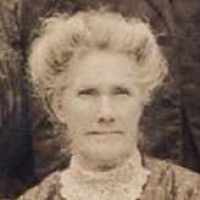 The Life Summary of Barbara Ann

Put your face in a costume from Barbara Ann's homelands.

Barbara Ann Ewell was born 24 October 1842 in Livingston, Missouri to William Fletcher and Mary Lee Bland Ewell.  Her mother was a Southern Belle and her father had been a missionary for t …