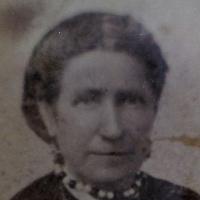 The Life Summary of Jennett

When Jennett Potter was born on 21 October 1816, in Stansted Mountfitchet, Essex, England, United Kingdom, her father, James Potter, was 26 and her mother, Phoebe Ratcliffe, was 22. She married Joseph Oxborrow Sr on 25 December 1849, in Stepney, London, England, United Kingdom. They were the parents of at least 1 daughter. She died on 19 May 1885, in St. George, Washington, Utah, United States, at the age of 68, and was buried in Saint George City Cemetery, St. George, Washington, Utah, United States.

Put your face in a costume from Jennett's homelands.