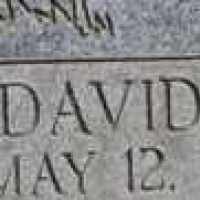 The Life of David Alman

Put your face in a costume from David Alman's homelands.

1 Scottish and Irish: Anglicized form of Gaelic Mac Dhomhnuill ‘son of Domhnall’ ( see McDonald ).2 Irish: Anglicized form of Gaelic Mac Conaill ‘son of Conall’, a personal name probably composed of the elements con, an inflected form of cú ‘hound’ or ‘wolf’, + gal ‘valor’. This was borne by many early chieftains and warriors of Ireland, including the Ulster hero Conall Cearnach, and one of the two sons of Niall of the Nine Hostages, who gave his name to Tir Conaill ‘Conall's land’, otherwise known as County Donegal. It was further popularized by the fame of a 7th-century Irish saint, abbot of Inis Caoil.