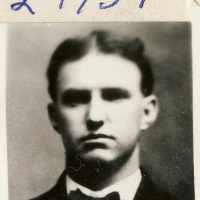 Put your face in a costume from Richard Morgan's homelands.

A landmark decision of the U.S. Supreme Court upholding the constitutionality of racial segregation laws for public facilities if the segregated facilities were equal in quality. It's widely regarded as one of the worst decisions in U.S. Supreme Court history.
1 English: occupational name, from Middle English bakere, Old English bæcere, a derivative of bacan ‘to bake’. It may have been used for someone whose special task in the kitchen of a great house or castle was the baking of bread, but since most humbler households did their own baking in the Middle Ages, it may also have referred to the owner of a communal oven used by the whole village. The right to be in charge of this and exact money or loaves in return for its use was in many parts of the country a hereditary feudal privilege. Compare Miller . Less often the surname may have been acquired by someone noted for baking particularly fine bread or by a baker of pottery or bricks.2 Americanized form of cognates or equivalents in many other languages, for example German Bäcker, Becker; Dutch Bakker, Bakmann; French Boulanger. For other forms see Hanks and Hodges ( 1988 ).