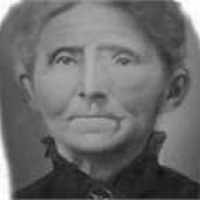 The Life Summary of Eunice Clark

Put your face in a costume from Eunice Clark's homelands.

ALMA TRUMAN ANGELL AND CHARLOTTE BUYS (as typed up by Glenna McBride Hansen) Alma Truman was the second child and oldest son of Solomon and Eunice Clark Young Angell. He was born 12 or 22 Jan 1831 i …