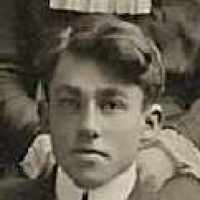 The Life Summary of Charles Blair

Put your face in a costume from Charles Blair's homelands.

English (Yorkshire and Lancashire): habitational name from a lost place in Sowerbyshire, Yorkshire named Crabtree, named from Middle English crabbetre ‘crab-apple tree’. In some instances possibly a topographic name for someone who lived by a crab-apple tree.