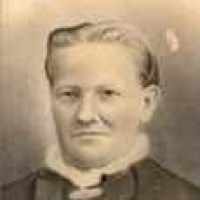 Being a monumental event in the Texas Revolution, The Battle of the Alamo was a thirteen-day battle at the Alamo Mission near San Antonio. In the early morning of the final battle, the Mexican Army advanced on the Alamo. Quickly being overrun, the Texian Soldiers quickly withdrew inside the building. The battle has often been overshadowed by events from the Mexican–American War, But the Alamo gradually became known as a national battle site and later named an official Texas State Shrine.
1843

English:1. nickname for a bearded man (Middle English, Old English beard). To be clean-shaven was the norm in non-Jewish communities in northwestern Europe from the 12th to the 16th century, the crucial period for surname formation. There is a place name and other evidence to show that this word was used as a byname in the Old English period, when beards were the norm; in this period the byname would have referred to a large or noticeable beard. As an American surname, this name has absorbed cognates and equivalents in other languages, in particular German Bart . 2. habitational name from a place in Derbyshire, which derives its name by dissimilation from Old English brerd ‘rim’, ‘bank’.