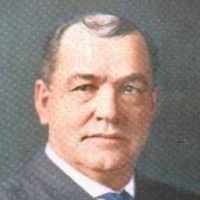 The Life Summary of Charles Edwin

Put your face in a costume from Charles Edwin's homelands.

The shootout in Bodie (Pat Curtis and Ed Loose)

In 1885, Charles Edwin Loose, a prominent Bodie resident, was shot by a mine watchman who thought Loose and a friend were getting too close to the Addenda Mine rock dumps. Loose known as "Ed," or "Ned …