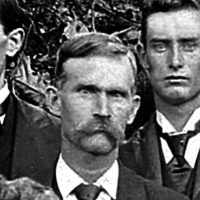 Put your face in a costume from Ephraim Millennium Peterson's homelands.

English: habitational name from a place so named in Nottinghamshire. The placename means ‘open land by the river Maun’, from the river name Maun (which may take its name from a hill named with Old English mamme ‘teat’) + Old English feld ‘open country’.Irish (Waterford): when not an importation of 1, this is an altered form of the Norman name de Manville (see Mandeville 3).Americanized form of German and Jewish (Ashkenazic) Mansfeld, a habitational name from a place so called in Saxony.