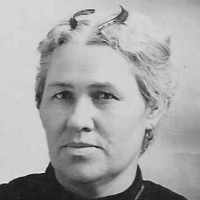 The Life Summary of Evaline Augusta

Put your face in a costume from Evaline Augusta's homelands.

On March 26, 1900, the local mail driver arrived in St. Johns, Arizona Territory with the news that five men had been seen butchering a beef on the road to Springerville. Apache County Sheriff Ed Bee …