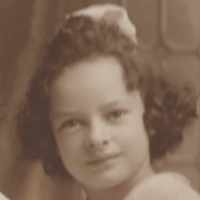 The Life Summary of Geniel

Put your face in a costume from Geniel's homelands.

Memories of my Grandma Geniel

Eating Eskimo Pies and toast with cheese spread at her house Swimming at the pool next door while she watched through the window Playing in the basement and upstairs room Watching her knit. …