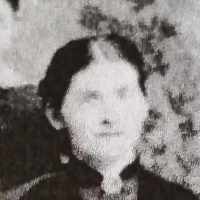 The Life of Sarah Agnes

Put your face in a costume from Sarah Agnes's homelands.

Together a Long Time

Sarah Agnes Troutman was four years old when her parents brought John Wesley Rine, orphaned at age 6, into their home to raise him. He was an orphan. He was just 5 months old when his mother died and …