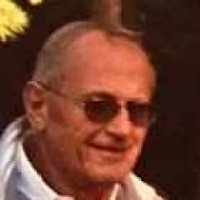 Similar to the first World War, Florida's location and temperature served as an ideal location for military training; in fact, Florida would end up having 172 military installations. As a result of World War II growth, Camp Blanding became the fourth largest city in Florida, capable of housing over 55,000 soldiers. Many Floridians sacrificed their lives among other Americans to win the war; it's estimated that about 3,000 U.S. deaths were from Floridian troops.
1943 · The Detroit Race Riots

The 1943 Detroit Race Riot started on the evening of June 20 and lasted through June 22. It occurred in a period of dramatic social tensions associated with the military buildup of World War II, as Detroit's automotive industry was converted to the war effort. What fueled the fire the most was the arrival of nearly 400,000 migrants, both African-American and White Southerners, and the competition for space and jobs. It was suppressed after 6,000 federal troops were ordered into the city to restore peace. A total of 34 people were killed, 25 of them African-Americans and most at the hands of white police or National Guardsmen; 433 were wounded, 75 percent of them African-American.
1954 · Worlds Largest Christmas Store

Wally Bronner opened what would become the world's largest Christmas Store in 1954 as a result of successfully creating custom Christmas panels for city lampposts. Since then, the Frankenmuth store has expanded to a 27 acre landscaped lot with over 50,000 Christmas related items in his store. Bronner's attracts over two million guests per year.

French: variant of Brun (‘brown’), with the definite article le. This is a name associated with the Huguenots in the U.S.