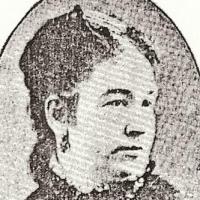 The Life Summary of Elizabeth Murphy

Put your face in a costume from Elizabeth Murphy's homelands.

Scottish and northern Irish: variant of McClellan , with excrescent -d due to English speakers' perception of Gaelic palatalized -n as -nd.

They had no children.