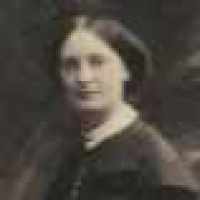 (1997: 6779;2007: 13019; 2010: 18029)Scottish and English (northern; of Norman origin): habitational name from any of several places in Normandy called La Haie or La Haye (Old French haie ‘hedge, enclosure’, ‘forest for hunting deer and other animals’, a borrowing of the ancient Germanic word haga). Robert de Haia or de la Haye is known to have come from La Haye-du-Puits in Manche; he was the founder of Boxgrove Priory in Sussex (1123), and holder of the Honor of Halnaker (Sussex) and (by marriage) the barony of Kolswein (Lincolnshire). The Norman name was also taken to Ireland, where it has since flourished in the county of Wexford as Hay and Hayes . Elsewhere in Ireland the name usually has a native Irish origin, see below.English: topographic name from Middle English hay(e), heye, heghe ‘enclosure’ (Old English (ge)hæg) or ‘forest fenced off for hunting’ (Old French haie); or else a habitational name from a place so called, such as Hay (in Herefordshire and Westmorland) or Hey in Scammonden (Yorkshire). It was no doubt sometimes synonymous with Hayward .