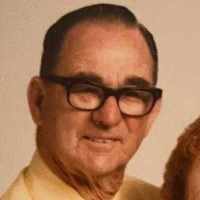 The Life of Russel

When Russel Scheufele was born on 4 October 1904, in Illinois, United States, his father, Gottlieb Schäufele, was 38 and his mother, Bridget Ellen Dempsey, was 39. He married Marjorie Ragan on 12 May 1920, in Keokuk, Lee, Iowa, United States. They were the parents of at least 3 sons. He lived in Quincy, Adams, Illinois, United States for about 10 years. He died on 7 May 1993, at the age of 88.

Put your face in a costume from Russel's homelands.

German (Schäufele): metonymic occupational name for someone who made shovels or used one in his work, from Middle High German schūfel ‘shovel’.