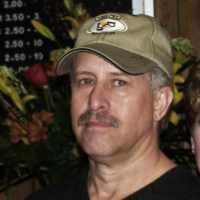 The Life of Wesley Wayne

Put your face in a costume from Wesley Wayne's homelands.

The civil rights movement was a movement to enforce constitutional and legal rights for African Americans that the other Americans enjoyed. By using nonviolent campaigns, those involved secured new recognition in laws and federal protection of all Americans. Moderators worked with Congress to pass of several pieces of legislation that overturned discriminatory practices.
1955 · To War in Vietnam

The Vietnam War was another civil war brought about from the Cold War. It was fought between the North Vietnamese, who were supported by the Soviet Union, China, and other communist allies, and the South Vietnamese, who were supported by the United States, South Korea, the Philippines, Australia, Thailand and other anti-communist allies. The war caused two more civil wars in Laos and Cambodia and resulted in all three countries becoming communist states.
1971 · The Twenty-Sixth Amendment

Scottish and northern Irish: habitational name from a place near Dunbar, which is from an unexplained first element + Old English tūn ‘enclosure’, ‘settlement’. This surname has been established in Ireland since the 17th century.