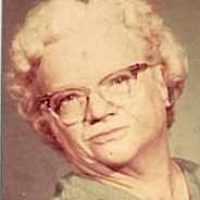 The Life of Roma Maurice

Put your face in a costume from Roma Maurice's homelands.

Like the Boy Scouts of America, The Girl Scouts is a youth organization for girls in the United States. Its purpose is to prepare girls to empower themselves and by acquiring practical skills.
1916 · The Logan Library

The Logan Library was created to serve the fifty thousand citizens of Logan with the access of over two hundred thousand items for children, teens, students, and adults to check out and learn from. The library also provides several programs that are popular with the community. The library moved to its current location in 2009 and reached a milestone in items checked out in 2012, at over 1 million.
1931

DeFonda Virtue Dowdle (9 years old) is the young girl sitting in the front row, second from our right. Her head looks big for her body and her white stockings are showing. She loved to show this pictu …