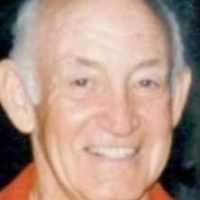 The Life of Phillip E

When Phillip E Zimmerman was born on 15 October 1921, in Shreveport, Caddo, Louisiana, United States, his father, Dillard F Zimmerman, was 20 and his mother, Mildred Rebecca Kincaid, was 19. He married Fay Catherine Ness on 27 February 1943, in Kearney, Buffalo, Nebraska, United States. He lived in Nevada, Vernon, Missouri, United States in 1930. He registered for military service in 1941. He died on 21 February 2012, in Melbourne, Brevard, Florida, United States, at the age of 90.

Put your face in a costume from Phillip E's homelands.

Similar to the first World War, Florida's location and temperature served as an ideal location for military training; in fact, Florida would end up having 172 military installations. As a result of World War II growth, Camp Blanding became the fourth largest city in Florida, capable of housing over 55,000 soldiers. Many Floridians sacrificed their lives among other Americans to win the war; it's estimated that about 3,000 U.S. deaths were from Floridian troops.
1945 · Peace in a Post War World

Americanized or Jewish spelling of Zimmermann .