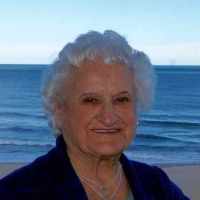 The Life Summary of Maria Kathrinia

Maria Kathrinia Ermer was born on 17 May 1934, in Weiden, Saxe-Weimar-Eisenach, Germany. She married Paul Dewey Gordon Parlier on 23 September 1957, in Grafenwöhr, Neustadt an der Waldnaab District, Bavaria, Germany. She died on 22 January 2016, in Winston-Salem, Forsyth, North Carolina, United States, at the age of 81, and was buried in Rural Hall, Forsyth, North Carolina, United States.

Put your face in a costume from Maria Kathrinia's homelands.