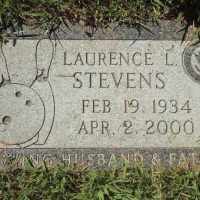 The Life of Laurence Lavern

Put your face in a costume from Laurence Lavern's homelands.

Britain entered the Second World War as war was declared on Germany on September 3, 1939. World War II came to an end after the Americans dropped an atomic bomb on Hiroshima, which killed 140,000 people. Less than a week later, the Japanese surrendered and the war officially ended on August 15, 1945.
1955 · The Civil Rights Movement Begins