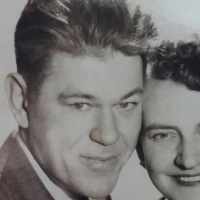 When William Holtrop was born on 14 July 1910, in Chicago, Cook, Illinois, United States, his father, Lucas Holtrop, was 38 and his mother, Frederica Fritsema, was 32. He married Charlotte Bumke on 25 February 1949, in Mount Prospect, Elk Grove Township, Cook, Illinois, United States. He died on 29 June 1988, in Stuttgart, Stuttgart, Baden-Württemberg, Germany, at the age of 77.

Like the Boy Scouts of America, The Girl Scouts is a youth organization for girls in the United States. Its purpose is to prepare girls to empower themselves and by acquiring practical skills.
1919 · The Chicago Race Riot of 1919

During the Chicago race riot, which was raised by racial conflicts throughout Chicago, thirty-eight people died (23 black and 15 white) and over five hundred were injured. It is considered the worst of the approximately 25 riots during the Red Summer and was the worst race riot in Illinois.
1931

North German: probably a habitational name from a place so named near Leer, or from any of several places called Holtrup, for example one near Vechta and another near Minden.

There are no historical documents attached to William.