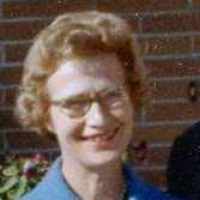 The Life of Shelah Margaret

Put your face in a costume from Shelah Margaret's homelands.

The Sixteenth Amendment allows Congress to collect an income tax without dividing it among the states based on population.
1913 · The Woolworth Building Opens as the Tallest Building in the World

English: topographic name for someone living in an area of woodland, from Old English wudu ‘wood’ + land ‘land’, or a habitational name from any of the numerous places, for example in Devon, Dorset, Kent, and Somerset, named with these elements.