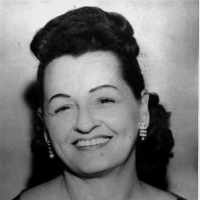 The Life of Anna Myrtle

Put your face in a costume from Anna Myrtle's homelands.

The Sixteenth Amendment allows Congress to collect an income tax without dividing it among the states based on population.
1917 · The U.S. Army Spruce Production Division

Thousands of soldiers were assigned to the U.S. Army Spruce Production Division to provide wood for airplanes and ships during World War I. Poor working conditions in 1917 caused the men to strike which slowed the logging production in the area. The demands of the strikers were rejected by the lumber companies. As the need was ever-present for lumber during the war, the government stationed soldiers to do the work. Over 230 spruce soldier camps were built and occupied throughout the Pacific Northwest at this time.
1931

Probably an Americanized spelling of the Swiss family name Häfelin.