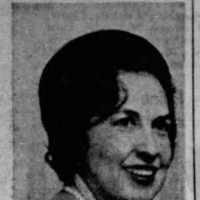 The Life of Cecile Rose

Put your face in a costume from Cecile Rose's homelands.

To end World War I, President Wilson created a list of principles to be used as negotiations for peace among the nations. Known as The Fourteen Points, the principles were outlined in a speech on war aimed toward the idea of peace but most of the Allied forces were skeptical of this Wilsonian idealism.
1925 · B.B. King is Born

B.B. King was born on September 16, 1925, in Itta Bean, Mississippi. He was a famous American blues singer, electric guitarist, and record producer. In 1987, he inducted into the Rock and Roll Hall of Fame.
1931

Spanish (Gutiérrez): patronymic from the medieval personal name Gutierre, from a Visigothic personal name of uncertain form and meaning, perhaps a compound of the elements gunþi ‘battle’ + hairus ‘sword’.