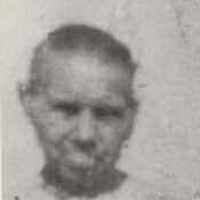 The Life of Melissa

When Melissa Vancoughnet was born on 9 April 1847, in Addington, Canada West, British Colonial America, her father, George VanKoughnett, was 34 and her mother, Mary Josette Vallier/Valliant, was 29. She married Henry William Green on 7 August 1866, in Leeds, Canada West, British Colonial America. They were the parents of at least 4 sons and 4 daughters. She lived in Loughborough, Frontenac, Ontario, Canada for about 20 years and Ontario, Canada in 1901. She died on 7 April 1917, in Frontenac, Ontario, Canada, at the age of 69.

Put your face in a costume from Melissa's homelands.