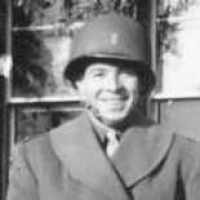 The Life of Joseph F

When 1Lt. Joseph F Myres was born on 19 June 1919, in West Virginia, United States, his father, Daniel Foss Myers, was 26 and his mother, Lucille Hattie Griffin, was 25. He lived in Otsego, New York, United States in 1935 and Representative District 8, Kent, Delaware, United States in 1940. He died on 30 September 1944, at the age of 25, and was buried in Netherlands American Cemetery, Margraten, Limburg, Netherlands.

Put your face in a costume from Joseph F's homelands.

Women are given the right to vote under the Nineteenth Amendment.
1927

Scottish: habitational name from Myres in the parish of Auchtermuchty, Fife.