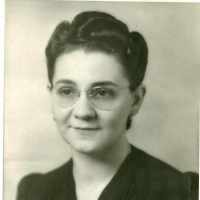 The Life of Muriel Evelyn

Put your face in a costume from Muriel Evelyn's homelands.

Being modeled after the Boy Scout Association in England, The Boy Scouts of America is a program for young teens to learn traits, life and social skills, and many other things to remind the public about the general act of service and kindness to others.
1920 · The Pioneer Museum Is Organized

The Pioneer Museum was conceived in 1920 by women dedicated to preserving the pioneer heritage of the community. The Daughters of Utah Pioneers organization headed the effort and a museum was created for the collection of relics and written histories of the early pioneers.
1935 · The FBI is Established