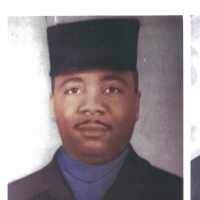 The Life Summary of Steve L.

Put your face in a costume from Steve L.'s homelands.

This Act was created a basic right to a pension in old age, and insurance against unemployment.

English: habitational name from any of various places called with the Old English elements west ‘west’ + lēah ‘wood, woodland clearing’, as for example Westley in Cambridgeshire and Suffolk, and Westleigh in Devon and Greater Manchester.