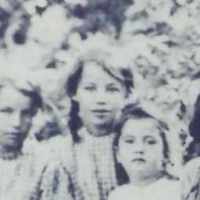 The Life of Maud Viola

Put your face in a costume from Maud Viola's homelands.

In a 37- acre plowed field in  a state park in Murfreesboro, Arkansas visitors are able to go looking for diamonds. This was the site for the first diamond discovery in 1906. Through the years more than 33,100 diamonds have been found at the Crater of Diamonds.
1925 · Woman's World's Fair

1 English and Scottish: occupational name for a weaver, early Middle English webbe, from Old English webba (a primary derivative of wefan ‘to weave’; compare Weaver 1). This word survived into Middle English long enough to give rise to the surname, but was already obsolescent as an agent noun; hence the secondary forms with the agent suffixes -er and -ster.2 Americanized form of various Ashkenazic Jewish cognates, including Weber and Weberman.