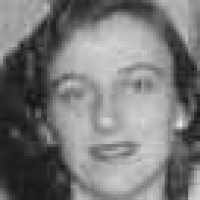 The Life of Lavon Katherine

Put your face in a costume from Lavon Katherine's homelands.

President Roosevelt spoke in front of Congress and gave a speech on what Freedoms everyone should be granted. First being the Freedom of Speech. Second, the freedom of Religion, Third, The Freedom from Want, and Fourth, the Freedom from Fear. Being a big deal, FDR didn't just say that all people should have these freedoms because Americans already expected these freedoms.
1958 · The First U.S. Satellite in Space