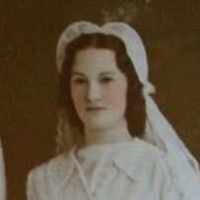 The Life of Sophie Santos

Put your face in a costume from Sophie Santos's homelands.

Spanish: possibly from correa ‘leather strap’, ‘belt’, ‘rein’, ‘shoelace’, plural correas (Latin corrigia ‘fastening’, from corrigere ‘to straighten’, ‘to correct’), applied as a metonymic occupational name for a maker or seller of such articles.