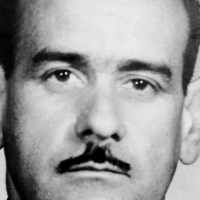 The Life of Luis Felipe

When Luis Felipe Higginson Seminario was born about 1922, in Callao, Callao, Peru, his father, Víctor Guillermo Higginson Grant, was 30 and his mother, Rosa Herminia Seminario Olivares, was 26. He married Felicidad Herminia Llosa Ibarcena in Pueblo Libre, Lima, Lima, Peru. They were the parents of at least 2 daughters. He died on 18 July 2010, in Lima, Lima, Lima, Peru, at the age of 88.

Put your face in a costume from Luis Felipe's homelands.

Peru fights border war with Ecuador over Cordillera del Condor, which a 1942 protocol had given to Peru.