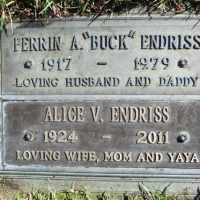 The Life of Perrin Arthur

Put your face in a costume from Perrin Arthur's homelands.

To end World War I, President Wilson created a list of principles to be used as negotiations for peace among the nations. Known as The Fourteen Points, the principles were outlined in a speech on war aimed toward the idea of peace but most of the Allied forces were skeptical of this Wilsonian idealism.
1922 · Oldest radio station west of the Mississippi

The Karlowa Radio Corporation, in Davenport, was issued a new license for broadcasting and with it they were randomly assigned call letters of WOC. The small studio was the first to reach the Iowa area and was identified as one of 21 stations that were desirable because of coverage area and performance. In September 1927, WOC became a member of the new NBC radio network and still is today. In 1932, Ronald Reagan got his first broadcasting job at WOC as a sportscaster and he returned in 1988 after his presidency tour. WOC is the oldest surviving broadcasting station in the middle Mississippi Valley and was the first to keep logs on their electrical consumption and their on-air programming.
1934 · Alcatraz Island Becomes Federal Penitentiary