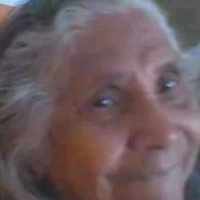 The Life of Alzira Maria

When Alzira Maria Oliveira de was born on 10 November 1922, in Vitória da Conquista, Vitória da Conquista, Bahia, Brazil, her father, Juvencio Alves De Oliveira, was 25 and her mother, Altina Maria De Brito, was 25. She married Eliziário José Oliveira de on 20 April 1961. They were the parents of at least 5 sons and 3 daughters. She died on 7 June 2011, at the age of 88.

Put your face in a costume from Alzira Maria's homelands.

There are no historical documents attached to Alzira Maria.