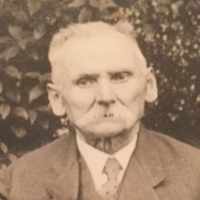 The Life of Otto

Otto Thielicke was born in Germany. He had at least 1 son with Mina Thielicke-Schonstedt.

Put your face in a costume from Otto's homelands.

1890
Young William (Wilhelm) II dismisses Bismarck.
1914
Archduke Franz Ferdinand of Austria-Hungary and his wife were assassinated in Sarajevo, Bosnia-Herzegovina provoking World War I.
1914 · Germany declares war on Russia
On August 1, 1914, Germany declared war on Russia, sparking World War I. This would not be the last time Germany caused a world war. After the Allies defeated Germany, they signed the Treaty of Versailles.

There are no historical documents attached to Otto.