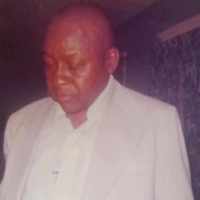 New Jersey was severely impacted by the Great Depression. In response to the economic woes of the country, President Franklin D Roosevelt issued a series of programs and regulations referred to as the "New Deal". One-tenth of the New Jersey population was already using New Deal programs by 1933.

1 Scottish and English: topographic name for someone who lived by an enclosure, Middle English hay(e), heye (Old English (ge)hæg, which after the Norman Conquest became confused with the related Old French term haye ‘hedge’, of Germanic origin). Alternatively, it may be a habitational name from any of various places named with this word, including Les Hays and La Haye in Normandy. The Old French and Middle English word was used in particular to denote an enclosed forest. Compare Haywood . This name was taken to Ireland (County Wexford) by the Normans.2 Scottish and English: nickname for a tall man, from Middle English hay, hey ‘tall’, ‘high’ (Old English hēah).3 Scottish and English: from the medieval personal name Hay, which represented in part the Old English byname Hēah ‘tall’, in part a short form of the various compound names with the first element hēah ‘high’.