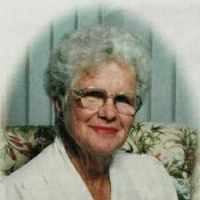 When Athleen Alma Caroline Budd was born on 27 January 1933, in Te Kuiti, Waikato, Waikato, New Zealand, her father, Leonard John Budd, was 33 and her mother, Daisy Jean MacFarlane, was 24. She married Johny Kramer in 1955, in Otorohanga, Waikato, New Zealand. They were the parents of at least 1 son. She died on 3 December 2008, in Tauranga, Bay of Plenty, New Zealand, at the age of 75.

Put your face in a costume from Athleen Alma Caroline's homelands.

Sherpa Tenzing and New Zealander Sir Edmund Hilary are the first to conquer Mount Everest.
1 English: from an Old English byname, Budde, which was applied to a thickset or plump person. By the Middle English period it had become a common personal name, with derivatives formed with hypocoristic suffixes, Budecok and Budekin. Reaney derives it from Old English budda ‘beetle’.2 Shortened form of German Budde .

There are no historical documents attached to Athleen Alma Caroline.