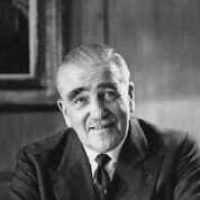 The Life Summary of Robert George

Put your face in a costume from Robert George's homelands.

English (of Norman origin): from French gros ‘big, great’ + veneur ‘hunter’.History: This is the name of one of the wealthiest families in Britain, which holds the title Duke of Westminster. They have been long established in Cheshire, with strong links with the city of Chester. One of the earliest recorded bearers of the name was Robert le Grosvenor of Budworth, who was granted lands by the Earl of Chester in 1160. The family's fortunes were founded by Thomas Grosvenor (born 1656), who in 1677 married an heiress, Mary Davies, whose inheritance included Ebury Farm, Middlesex. This now forms an area of central London that includes Grosvenor Square and Belgrave Square.