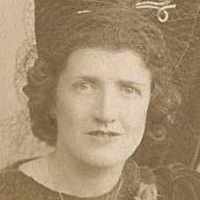 Put your face in a costume from Mary Anne's homelands.

Irish: occasionally this may be a genuine Anglo-Norman French patronymic ( see Fitzgerald ) from the personal name Patrick , but more often it has been adopted as an Anglicized form of Gaelic Mac Giolla Pádraig ( see Kilpatrick ).