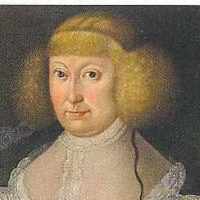 The Life Summary of Elisabeth von

Put your face in a costume from Elisabeth von's homelands.

The spelling of Elizabeth used in the Authorized Version of the New Testament, and in most modern European languages. This was the name of the mother of John the Baptist (Luke 1:60). Etymologically, the name means ‘God is my oath’, and is therefore identical with Elisheba, the name of the wife of Aaron according to the genealogy at Exodus 6:23. The final element seems to have been altered by association with Hebrew shabbāth ‘Sabbath’.