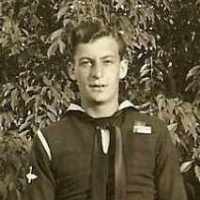 The Life of Marcel M

When Marcel M Cassard was born on 18 December 1925, in Hackensack, Bergen, New Jersey, United States, his father, Marcel Materre Cassard, was 34 and his mother, Evelyn Wygant, was 41. He married Sarah Mae Abbott in July 1973, in San Diego, San Diego, California, United States. He died in January 1987, at the age of 61, and was buried in Phoenix, Maricopa, Arizona, United States.

Put your face in a costume from Marcel M's homelands.

"New Jersey was severely impacted by the Great Depression. In response to the economic woes of the country, President Franklin D Roosevelt issued a series of programs and regulations referred to as the ""New Deal"". One-tenth of the New Jersey population was already using New Deal programs by 1933."
1942

Camp Kilmer was activated by the War Department in June 1942 following roughly one year of construction. The camp was named after Joyce Kilmer, a New Jersey poet from the 69th Infantry Regiment that had been killed during World War I. The post served as a place for soldiers to receive medical injections and supplies before loading onto ships headed to Europe. After the war, the camp remained active until the fall of 1949 to assist with processing troops that returned home from Europe.