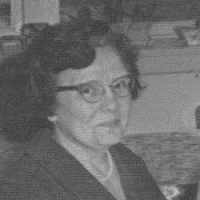 The Life Summary of Eula Irene

Put your face in a costume from Eula Irene's homelands.

This Act makes engaging in transport of any woman for any immoral purpose, prostitution, illegal. Its primary intent was to address prostitution, immorality, and human trafficking, particularly where trafficking was for the purposes of prostitution.

Scottish: habitational name from a place near Forfar, named in Gaelic with gaothair ‘windy place’ (a derivative of gaoth ‘wind’) + the locative suffix -ach.Scottish: possibly an Anglicized form of Scottish Gaelic Mag Uchtre ‘son of Uchtre’, a personal name which is perhaps akin to uchtlach ‘child’.Irish (Clare and Antrim): adopted as an English equivalent of Gaelic Ó Fhlaithimh ‘descendant of Flaitheamh’, a byname meaning ‘prince’. This is the result of an erroneous association of the Gaelic name in the form Ó Fhlaithimh (Fh being silent), with the Gaelic word laithigh ‘mud’, and of mud with gutters, and an equally erroneous association of the Scottish surname Guthrie with the word ‘gutter’. Compare Laffey .