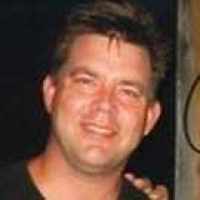 The Life of Brian Clark

Put your face in a costume from Brian Clark's homelands.

The Twenty-fourth Amendment prohibits both all the states and Congress from swaying the right to vote in elections on payment of a poll tax or other types of tax.
1965 · The Voting Rights Act

The Voting Rights Act prohibits racial discrimination in voting. The Act secured the right to vote for minorities in the South. It also prohibits local governments from making any voting law that results in discrimination against any kind of minorities.
1968 · The American Indian Movement

The American Indian Movement is a Native American advocacy group that was formed to address the affirmation, treaty issues, spirituality and leadership of the Native Americans in the area. They addressed incidents of police harassment and racism against the Natives and strove to create real economic independence for the Indians. Decades after its founding, the American Indian Movement has continued to fight for the interests of the indigenous groups around the world.

There are no historical documents attached to Brian Clark.